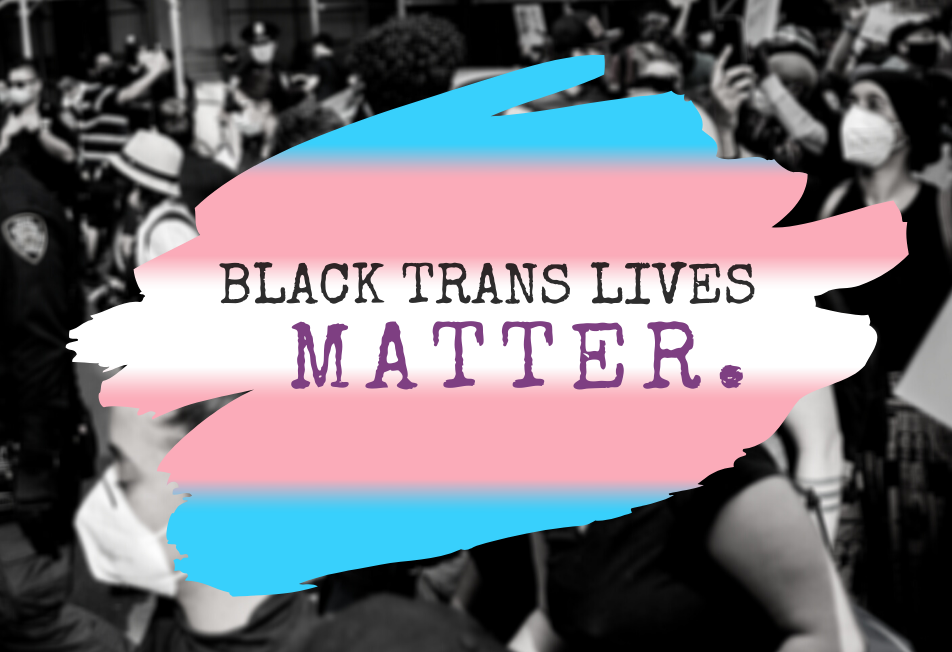 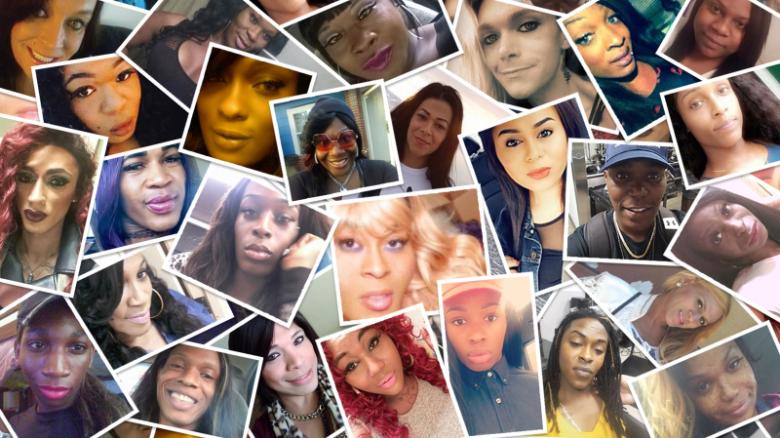 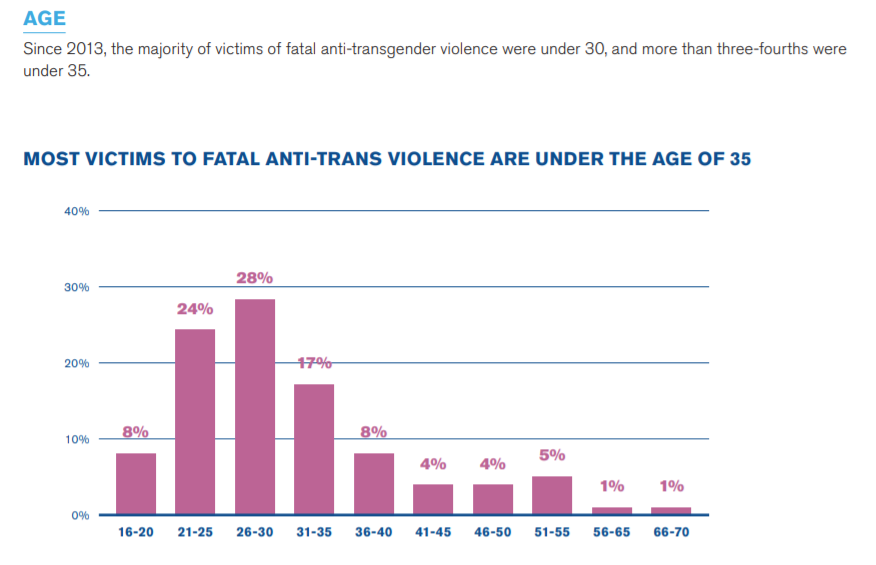 •Black transgender women have a higher propensity of being murdered. Sources report their life- expectancy to be just 35 years of age.

•49% of transgender and gender non-conforming people killed in 2019 were the victims of an acquaintance, friend, family member or intimate partner.

•On top of this, law enforcement participates in the mis-gendering and dehumanization of Black transwomen. This stigma leads to the failure of bringing the perpetrators of violence and murder against Black transwomen to justice.

• The majority of these crimes are not investigated as hate crimes, and there is little to no legislation against transgender hate crimes, leading to a decriminalization of murder of transwomen.

•According to the Human Rights Campaign, 22 transgender and gender non-conforming people have been killed in the U.S. since the beginning of 2019—91% of them were Black women, 81% were under the age of 30, and 68% of them lived in the South.

•Transgender women have less employment opportunities, tend to live in poverty at a higher index, and it is estimated that at least 13-36% of victims of violent crime were engaged in sex work.

A National Epidemic: Fatal Anti-Transgender Violence in the United States in 2019 Report

Cis-gender- when an individual identifies as the sex they were assigned at birth.

Trans-gender- when an individual does NOT identify as the sex they were assigned at birth.

Intersex- individuals born with any of several variations in sex characteristics including chromosomes, gonads, sex hormones or genitals that, according to the UN Office of the High Commissioner for Human Rights, "do not fit the typical definitions for male or female bodies".

Note: This is not an exhaustive list. Many more sexual orientations as well as gender identities exist.

Gay- a person who is sexually, romantically, and/or emotionally involved with a person of the same sex. This term is usually used to described homosexual men, but some women and non-binary people also identify as gay.

Lesbian- a woman who is sexually, romantically, and/or emotionally involved with another woman. This term is exclusive to women or feminine-leaning individuals. People under this category can choose to identify as gay women instead of lesbians.

Bisexual- a person who is characterized by sexual or romantic attraction to people of one's same sex and of the opposite sex. Some individuals feel this term is limiting to two biological sexes, while others choose to identify by this term in order to combat Bi-erasure.

Pansexual- characterized by sexual or romantic attraction to people of one's own gender identity and of other gender identities. People who identify as such feel that this accommodates many more genders.